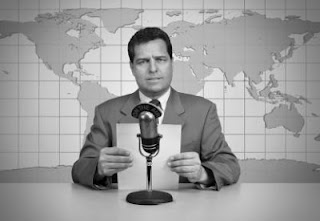 Gamesys Group and Virgin Group announce that they have signed an agreement that will see the Gamesys Group acquire the assets of Virgin Games and form a long term partnership to develop real money and social gambling propositions globally under the Virgin brand.

Gamesys Group CEO, Noel Hayden, commented; “We have been long term admirers of the Virgin brand and all it stands for. We are delighted to have the opportunity to leverage our unique platform, games and services to power Virgin gaming propositions around the world.”

Gamesys Group is a UK success story. Built on true entrepreneurship, the Group was founded back in 2001 by Noel Hayden, Robin Tombs and Andy Dixon and now employs more than 700 people.

Virgin Games, which was founded in 2004, has grown consistently since launch and regularly won awards for its customer service and advertising.

Richard Branson, founder of Virgin Group said; 'We are delighted the Gamesys Group has acquired Virgin Games and formed a partnership to build a global games business. Simon Burridge and his team built a strong platform and now with the help of the Gamesys Group we can expand further internationally. We believe the Gamesys Group shares our vision and will be great partners in the sector.'

Simon Burridge, CEO of Virgin Games said: 'With many new opportunities opening up across the world, it was important to attract a new partner to capitalise the power of the Virgin brand. We are delighted Virgin Games is being acquired by the Gamesys Group, whose track record of growth and innovation speaks for itself.'

Gamesys Group will relaunch the existing Virgin Games UK site in the first quarter of 2013.

Virgin was advised by Oakvale Capital.

ABOUT GAMESYS The Gamesys Group was founded by Noel Hayden, Robin Tombs and Andy Dixon in April 2001 with a small team of developers. The aim was to build a profitable online entertainment business providing Instant Win, Bingo and Casino games to a worldwide audience using proprietary gaming software.

After eight years, the Group's leading brand Jackpotjoy.com has built a considerable UK and pays out in excess of GBP250 million in winnings every month. The success of Jackpotjoy.com has established the Gamesys Group as one of the UK's leading online gaming businesses. In 2006 they were named No. 1 in the Microsoft / Sunday Times Tech Track 100 League Table, and they're now one of only four companies to have appeared on the list four years in a row. This feat reflects both the company's capacity for sustained growth and its remarkable resilience during periods of financial instability.

In 2008 Gamesys Group entered into an agreement with News International to build and operate Sun Bingo and have since launched Fabulous Bingo with the same Partner.

For more information on the Gamesys Group please see http://www.gamesyscorporate.com

ABOUT VIRGIN Virgin is a leading international investment group and one of the world's most recognised and respected brands. Conceived in 1970 by Sir Richard Branson, the Virgin Group has gone on to grow successful businesses in sectors ranging from mobile telephony, travel, financial services, leisure, music and holidays to health & wellness. Virgin has created more than 400 branded companies worldwide and employs approximately 50,000 people, in 34 countries. In 2012 global branded revenues were £13bn ($21bn).

Red Flush was awarded the “Best New Casino for 2008” award from CasinoMeister, and it is no surprise as to why. In only a few months they had staked their claim in the online casino arena as a no nonsense, no frills attached online casino that pride themselves on excellent service and superior gaming pleasure above all else. There is no doubt that Red Flush will continue to strive for stellar performance ratings and superior online casino quality.

Red Flush online casino has over 450 excellent games in their repertoire. They make use of the pioneering casino software from Microgaming that has seen some of the best casinos enter onto the internet. Every month, four new exceptional game releases are added to the online casino to ensure that the freshness and diversity of Red Flush always remains intact. A comprehensive range of slots, table games, video poker and progressive jackpots all merge together to form a competitive package of brilliant entertainment for any and all casino enthusiasts.

The b2b deal is initially for 3 months duration, which both parties agree is a very good period of time to gauge the initial success of the campaign.

It's understood dozens of European based igaming firms are watching on with great interest.

The Media Man agency has inked yet another deal with one of the world's leading igaming promoters, Bingo Australia aka The Bingo Affiliates.

In an age where the igaming space is somewhat saturated, including in the online bingo sector, Bingo Australia - The Bingo Affiliates continue to be in the global igaming front runners.

Industry insiders expect Bingo Australia to give competitors such as PartyBingo, Foxy Bingo and Virgin Bingo a run for their money.

Expect to see some highly competitive online bingo promotions on the Media Man network, as The Bingo Affiliates pull out all the stops as they aim towards being a world's top 3 igaming operator.

In the wake of last month’s news that Jim Ryan had decided to step down as its Co-Chief Executive Officer, online gambling operator bwin.party digital entertainment has announced that Joachim Baca has resigned as its Chief Operating Officer.

Gibraltar-based bwin.party revealed that Baca has stood down so that the composition of its board of directors remains compliant with a UK corporate governance code recommendation regarding the balance of independent and non-independent members.

“Mr Baca remains a core member of the group’s senior management team and continues to report directly to Norbert Teufelberger, Chief Executive Officer for bwin.party,” read a statement from bwin.party.

Foxy Bingo, a subsidiary of bwin party digital entertainment plc, who count Real Madrid and Manchester United in their sponsorship portfolio, have signed up as Super League's bingo partner in a multi-year deal.

In addition to more traditional sponsorship rights - including in-stadia perimeter and programme advertising, a television broadcast presence and a high profile on the Super League website - Foxy Bingo will use the new partnership to bring its unique brand of fun directly to Rugby League fans, who share a love of thrilling entertainment.

An extensive programme of community -based activity, involving the much-loved Foxy himself, has been planned to support the partnership and will be rolled-out throughout the season.

Welcoming Foxy Bingo to the competition's growing stable of partners, Super League Commercial Director James Mercer said: "It gives me great pleasure to welcome Foxy Bingo on board as an official partner of Super League for the next three years.

"We look forward to working closely with Foxy Bingo and to developing a partnership which will enhance our successful brands.

"Super League's popularity continues to grow and with Foxy Bingo on board I am sure we will build on our achievements of 2012, when attendances reached an all-time high and more TV viewers than ever before tuned in to see the extraordinary action."

Golan Shaked, Group Director of Bingo at bwin.party said: "We are really excited about our new partnership with Super League. Foxy Bingo is the top UK bingo site spreading the fun and thrill of winning across the nation. These attributes fit perfectly with Rugby League.

"The partnership will be a cornerstone of our campaign to directly engage the Foxy brand with the players who make it such a thriving online bingo community. Eyes down for a thrilling Super League in 2013!"

The partnership with Foxy Bingo is the latest development of a strategy that will see an increasing number of official partners aligned to the Super League competition throughout 2013.

Superhero movie line-up for Australia in 2013

Advertising Agencies - Why We Need Them

Google pact with FTC could affect other patent disputes

The Rock to return to next WWE RAW; Building towards Royal Rumble and WrestleMania 29 in New York

Porsche VS Mercedes-Benz and the world

Posted by Global Gaming Directory at 10:15 AM