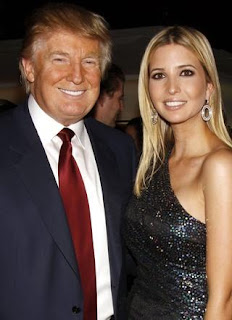 Donald Trump has witnessed too much money side slipping him, and he's hoping that situation changes soon.

The real estate, gaming and entertainment giant, and founder of an Atlantic City casino company says the US should legalize internet gambling. The company that bears his name, Trump Entertainment Resorts, is moving forward with plans to establish an online betting venture... just as soon as it is legal to do so.

Donald Trump and New York hedge-fund manager Marc Lasry want a seat at the virtual poker table if online gambling is legalized in the U.S.

The real estate financier, Lasry’s Avenue Capital Group and casino operator Trump Entertainment Resorts Inc. will form an Internet gaming joint venture should U.S. regulators permit such businesses to operate, according to an Oct. 14 regulatory filing. Trump Entertainment, which Avenue Capital took control of last year, would own 10% of the venture, the company said in its filing. It didn’t disclose the stakes to be held by Trump or Lasry’s $12 billion hedge fund.

The agreement coincides with a push to legalize online gambling by states including Iowa and New Jersey, where Trump Entertainment is based and holds casino licenses. The $6 billion that Americans wager each year through offshore sites is tempting state authorities who face budget deficits, as well as casino companies looking for new sources of growth.

"It’s just a matter of time," Ivanka Trump, Donald’s daughter, said in a telephone interview. "It would be a tremendous source of taxable revenue for states or the federal government and an enormous generator of jobs," said Ivanka, executive vice president of development and acquisitions for the Trump Organization, the New York-based parent company of Donald’s real estate operations.

Todd Fogarty, a spokesman for Avenue Capital, declined to comment, as did Brian Cahill, a representative for Trump Entertainment. Lasry, 52, is chairman of the company, which operates the Trump Taj Mahal Resort and the Trump Plaza Hotel & Casino in its hometown of Atlantic City, New Jersey. It sold Trump Marina Hotel Casino earlier this year.

The agreement by Trump Entertainment, Donald Trump and Avenue Capital restricts all three parties from going after competing proposals through May, according to the filing with the U.S. Securities and Exchange Commission.

Trump Entertainment, which emerged from bankruptcy in July 2010, said in the filing that the joint venture represented "the most advantageous way" to pursue online gaming "at minimal cost" to the company. "One or more other qualified parties" may also participate in the venture, according to the filing.

Ivanka Trump, 29, said that the joint venture is “positioning itself” to be the largest online gaming company if the industry is legalized in the U.S. She added that Trump Entertainment had the necessary licenses, while Lasry’s firm would provide the capital and her father would contribute his name to the venture.

"In terms of the Internet, brand is essential toward attracting players," Ivanka said. "The Trump brand would be the most powerful one in this space."

Setting up an Internet gaming site can be capital intensive, according to Richard “Skip” Bronson, chairman of U.S. Digital Gaming Inc., a Beverly Hills, California, company that has created a technology platform for Internet wagering. While the cost of creating a site is relatively low, online gaming companies must spend heavily to make themselves known and bring in bettors.

"The question is how will you get people to come to the site," Bronson said in a telephone interview. "It takes unique promotions and significant marketing spend."

The online gaming industry received a jolt in April, when the U.S. Justice Department indicted the founders of three Internet poker companies, alleging that they circumvented a 2006 federal law barring banks from processing payments to offshore gambling websites. The companies -- PokerStars, Full Tilt Poker, and Absolute Poker -- ranked as the leading online poker sites doing business with U.S. customers, even though they were all based outside the country.

Following the indictments, Caesars Entertainment Corp. and MGM Resorts International, a pair of Las Vegas-based casino companies, funded an advocacy group called FairPlay USA. The group is pushing for the legalization of online poker and revisions to the 2006 law, known as the Unlawful Internet Gambling Enforcement Act.

At least a half dozen states have bills pending tied to the legalization of online gaming, Bronson said, and another six to 10 are studying the issue. He predicts that online gaming will follow the same pattern as state lotteries, which were first adopted in 1964 by New Hampshire and are now offered in 43 states.

"There will be a domino effect, the same way lotteries started in the 1960s," Bronson said. Under the 2006 federal law, Internet poker sites established in states that legalize online wagering could only accept bets placed within those states, Bronson added.

Lasry, a billionaire investor who specializes in distressed debt, was part of a bondholder group that won control of Trump Entertainment last year when a bankruptcy judge ruled that their bid for the casino company was better than a competing offer from Carl Icahn. The bondholders offered to reduce the company’s debt by $1.4 billion and invest another $225 million, while Icahn sought to convert some $480 million of bank debt into equity, leaving nothing for Lasry’s group.

Under the winning plan, Avenue Capital acquired about a 22 percent stake in Trump Entertainment by swapping the casino company’s beaten-down bonds for stock and purchasing additional shares through a rights offering. Trump, who joined Lasry and the other bondholders after originally submitting a competing proposal with billionaire Andy Beal, received a 10 percent stake in the company for the right to use his name.

Trump, 65, entered the casino business in 1984 with the Trump Plaza, and in 1990 defaulted on $675 million in junk bonds from his Taj Mahal casino and declared bankruptcy. Following the bankruptcy reorganization, he took the company public in 1995 as Trump Hotels & Casino Resorts Inc.

Trump Hotels & Casino filed for bankruptcy protection in November 2004. When the second bankruptcy proceeding was completed the following year, Trump stepped down as chief executive officer while retaining his role as chairman, and the company was renamed Trump Entertainment Resorts.

Just before the casino company made its third bankruptcy filing, in February 2009, Trump stepped down as chairman and Ivanka also left the board. At the time, he held a 24 percent stake in Trump Entertainment.

Lasry has hosted high-stakes poker games in which the take can be as high as $20,000, according to "Hedge Hunters," a 2007 book by Bloomberg News reporter Katherine Burton. He is one of several hedge-fund managers who are also poker buffs, including David Einhorn, head of Greenlight Capital Inc., Cliff Asness, chief of AQR Capital Management LLC and Kenneth Griffin, founder of Citadel LLC.