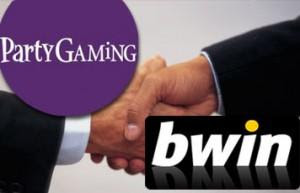 The ultra competitive online gambling and gaming industry shows little sign of slowing down, despite many countries being in a recession.

Bwin.Party Digital Entertainment continues to be largely recognised as the world's largest and most successful online gambling firm, with their PartyCasino.com online casino remaining their flagship brand.

In other news, Sportingbet has emerged as an apparent bid target for Ladbrokes...just weeks after the UK betting powerhouse failed it's attempt b2b Wink bingo owner, 888. Insiders often say that 888 attempt to copy much of Bwin.Party's strategic moves, but this has not been the case as of late.

The online firm, which nets about £2 billion a year in wagers, confirmed a highly preliminary approach from Ladbrokes but did not give further details.

Industry speculation has hinted that Ladbrokes could be looking to offer around 70p a share, equivalent to more than £450 million.

The spike in interest comes two months after a move for 888 Holdings worth around £240 million fell through because the two sides couldn't agree on a price.

The betting market is seen as ready for more takeovers, with some analysts stating that that Betfair and Sportingbet could merge, which also suggesting Bwin.Party Digital Entertainment may swallow up more igaming operators, as well as invest into some website portals and media companies.

Channel Islands-based Sportingbet offers wagers on sports and online casino games and poker. It has benefited from the growing popularity of 'in play' gaming...live betting during a sports match.

It recently paid out a £22.8 million settlement with the US Department of Justice, meaning it will now avoid being prosecuted for accepting online bets made by American players between 1998 and 2006.

Analysts said the deal cleared the path for potential mergers or takeovers. Last year, it held unsuccessful talks with Swedish online gaming firm Unibet as well as other parties. Rivals Bwin and PartyGaming, who merged earlier this year, have also been tipped as a possible buyer for the business.

Ladbrokes chief executive Richard Glynn, who has overseen a strategic review of the business since taking the helm last year, is keen to drive forward the company's online growth amid fears it is lagging behind rivals.

The group, which enjoys history back to 1886, has roughly 2,100 outlets in the UK and is also a market leader in Ireland, Belgium, Italy and Spain.

Website portal operators such as Media Man are gearing up for an increase in online gaming traffic as many more games and very controversial news stories are tipped to be just around the corner.

Responsible publishers and igaming firms remind visitors and players to bet responsibly and never bet more than you can afford to use. Many games are offering both "play for free" and "play for money" options to help offer a customer friendly user experience, all aiming to get their share of eyeballs and the entertainment dollar.

Australia, New Zealand, United States and Canada are all seen as markets where igaming is likely to further build in popularity.