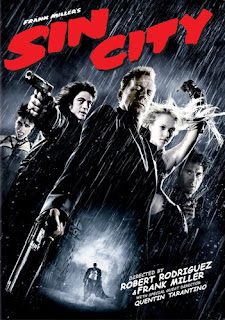 
There's Never Been A Better Time to Play at PartyPoker

• Keep your VIP status Have you been a VIP at another site? Just email proof to vip@palladiumlounge.com and earn 1,000 points within 15 days and we'll upgrade your account to VIP status.

Cleaning up at the tables? Fancy a bigger project or just a bit of fun? Your chance to achieve total 'World Domination' gets underway at PartyPoker.com from the 8th July 2011. Conquer 72 cities by earning PartyPoints and pick up freerolls, cash prizes and a potential top prize of $100,000 on the way!

A PartyPoker.com spokesman said: "The premise is simple – divide and conquer! Rome wasn't built in a day but it could be won in an hour! Turn your PartyPoints into cities - the empire building continues until the 31st August or until all cities are conquered. There are 72 cities to conquer and freeroll seats, cash payouts and a top prize of $100,000. Just earn 10 PartyPoints to be randomly awarded a city from 72 available."

"Many of the cities have cash prizes and freeroll seats attached The big money comes in when you can complete all the cities in an entire continent, for example, getting all of Asia wins you $5,000 and Europe will bag you $20,000. Finally, a player who gets every single country has world domination – worth a cool $100,000."

As an incentive to get started, PartyPoker.com give you your first city for just 5 points. Tony G writes from his secret underground bunker at PartyPoker.com

Players can earn up to 100 cities a day throughout the World Domination promotion. Reveal the ones collected by logging in to your Party Account, checking the interactive map and start to accumulate a fortune.

The Ongame poker network is "likely" to be sold, bwin.party has confirmed that a formal process to sell the B2B network is on the way.

The announcement was made earlier today ahead of today’s Annual General Meeting, the first held by the giant since the merger between Bwin and PartyGaming was completed last March.

The statement read "One area of our stated strategy was to recycle surplus assets,"..."We expect that any sale will be completed by the end of the year."

No licensee on the network has yet responded to bwin.party’s announcement, although Betfair’s outgoing CEO David Yu passed opinion on Ongame just yesterday.

Bwin.Party’s AGM statement contains details of a planned share buyback, which will see the company follow the examples of Playtech and Betfair in making such a move, plus news of a progressive dividend policy containing a €30m dividend payout for the year ending 31 December 2011.

As we go to press trading is described as “Broadly in-line with management's expectations,” however analyst James Hollins, of Evolution Securities, advised in a memo earlier today that “The stock remains a Neutral ahead of potentially disruptive German legislation near-term.”

Meanwhile Simon French, of Panmure Gordon, reiterated his firm’s ‘buy’ recommendation, explaining “[We] expect the shares to respond well to the dividend and share buyback news.”

German sports betting proposals in April had seen the share price of bwin.party dive 16% in a day, and a decision on the country’s State Gambling Treaty is expected in October.

Yesterday things turned around following the suspension of Full Tilt Poker’s licences in Alderney - the share price ended the day at 148.2p, an increase of more than 10% day-on-day.


Bwin.Party In Line With Management's Expectations

bwin.party digital entertainment's trading performance since the beginning of April has been broadly in line with management's expectations.

But is says sports margins have been lower than expected due to a favourable run of events for customers in May.

The improvement in new player sign-ups in poker, following action taken by the US authorities against certain of the group's online poker competitors on 15 April, has not had a material impact on poker revenue as new players represent just a small proportion of the overall player base and these companies have so far continued to command significant market share in non-US markets.

Casino continues to perform well while bingo has been slightly softer than expected in the period.

The online gaming business PartyGaming has also long since been protecting its players with strong authentication. After all, there is a lot of money at stake – money that the dark forces may want to siphon away. PartyPoker, PartyCasino, PartyBingo and PartyGammon customers register by downloading the PartyGaming customer software. After registration, they can obtain an authenticator called PartySecure from the online store. This is again a Digipass Go 6 that has been completely adapted to the branding of PartyGaming. Here again, a Vacman Controller Server takes over the authentication. “The solution is highly scalable,” stressed a PartyGaming spokesperson. “It can grow with us and effortlessly cope with the growing number of online-players on our platform.”