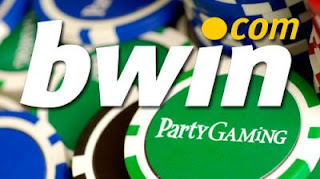 The Co-Chief Executive of Bwin.Party Digital Entertainment, Jim Ryan confirmed this past week that the group is close to finalizing a number of deals with US based gambling companies, in a bid to enter the US market when legislation passes in this sector on a federal level.

Ryan said that the recently merged Bwin and PartyGaming were negotiating with companies who reached across the country, and particularly those in states where the likelihood of online gambling reaching them in the near future was higher than other states.

Ryan said that Bwin.Party Digital Entertainment was "in contract negotiations with a partner from New Jersey." In addition, the group was lining up partners in California and Florida.

These states had the greatest potential to see online gambling legislation passed, he said.

Ryan stressed that the current negotiations were not for acquisitions, but for partnerships only.

The announcement by Ryan was made as Bwin.Party released its first half earnings, showing that they had fallen by more than a fifth. This was put down in part to increases in gaming taxes across Europe.

The group said, however, that its numbers were still above consensus market expectations, which boosted its share prices somewhat.

While European gambling regulation continued to be encouraging, there was still uncertainty coming from the German market, which makes up for 22% of Bwin.Party's revenues.

Analysts believe that it may be two to three years before Germany's stand on regulation becomes clear.

An analyst with Peel Hunt, Nick Batram said: "While the current trading may reflect a worst case German scenario, it is frustrating that the company does not quantify the potential impact from an effective shutout and what plan B might be."

First half earnings before interest, tax, depreciation and amortization fell 21% to €81.8 million.

Ryan said that the group's strategy was "to be a pan-European operator and it looks like we are the only organization that has the strategy and capability to do that."

The Board of bwin.party has today declared an interim dividend of 1.56 pence per ordinary share in respect of the six month period ended 30 June 2011. This dividend will be paid by the Company in accordance with the timetable set out below.

Shareholders and depositary interest holders may elect to receive the dividend payment in Euros by submitting currency elections to the Company's registrar (Capita Registrars) no later than 23 September 2011. Currency election forms are in the process of being dispatched to registered shareholders and the form will be available on the Company's website, www.bwin.party.com. Depositary interest holders wishing to receive the dividend in Euros may submit a currency election via CREST. The foreign exchange rate used for converting the pounds sterling dividend payment into Euros will be the rate quoted by the Company at or about 11.00 a.m. (BST) on 26 September 2011.

Wednesday could be one for the gamblers with online gaming operators Bwin.Party Digital Entertainment and 888 Holdings both reporting.

888 has already revealed its revenue figure for the first half – it made $153.m, an improvement of 18.1% on a year earlier. Panmure Gordon thinks earnings before interest, tax, depreciation and amortisation (EBITDA) will be up 52% from last year at $19.1m, giving earnings per share of 4.5 cents.

“With the strong start to Q3 and, despite the planned increased investment, we believe the risk to our forecasts is on the upside,” the broker added.

As for Bwin.Party, UBS thinks the company will report a drab set of figures, with first half revenues of €425m. Even that is better than Panmure Gordon is expecting; the latter is predicting revenue of €410m.

888’s rival bwin.party digital saw its shares rally 15.3p to 125.3p, as investors warmed to its first set of results since it was created by the merger of PartyGaming and Austria’s bwin earlier this year.

The numbers revealed cost savings from the deal would be £8.9m more than expected and recent trading had been strong.

The half-year dividend is 1.56p. Bwin.party said it was benefiting from the suspension of rival Full Tilt Poker’s license.

It hopes the US may one day reopen its doors. In the meantime, it is grappling with increased regulation in some European markets and the higher taxes this brings.

Online gaming firm Bwin.party revealed a drop in profits after it was dealt a blow from greater competition in poker markets.

The owner of PartyCasino, Foxy Bingo and PartyPoker said like-for-like revenues dropped three per cent to 398 million euros (£352.2 million) in the six months to June 30.

In its first set of results since the merger of Bwin and PartyGaming in March, the group said it came up against stronger comparatives with the previous year, which was boosted by the World Cup.

Revenues at its poker business declined 10 per cent to 104.9 million euros (£92.8 million) amid greater competition, including a campaign from rival 888 fronted by former Australian cricketer Shane Warne.

Underlying profits fell 21 per cent to 72.4 million euros (£64.1 million) after the group, which generates a quarter of its income in Germany, was hit by increased gaming duties as it launched in newly regulated markets.

Bwin said the number of new poker players signing up to its brands increased six per cent to 373,700 in the period, but active player days were down 11 per cent.

*The writer has conducted b2 with Bwin.Party Digital Entertainment