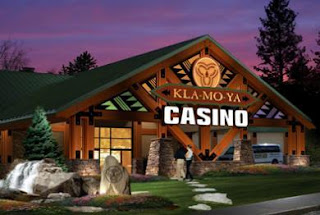 Native American tribes advised Thursday they want their cut of the jobs and revenue if online gambling is allowed in the United States but they don't want to lose their sovereignty to get it.

Internet gambling has been prohibited in the U.S. since 2006, which has seen players and their cash go to to websites and internet portals based offshore. With Congress searching for money to cut the deficit and create new jobs, supporters see an opening for legalizing at least some online gambling opportunities.

"Although there is no legislation before the committee right now, one thing we are all aware of is the need for additional resources at the federal level," said Hawaii Sen. Daniel Akaka, chairman of the Senate Indian Affairs Committee, which held a hearing Thursday to air tribes' concerns on the issue. "The discussions surrounding potential Internet gaming legislation have only increased as Congress looks to the supercommittee to find revenue sources and Congress looks to create jobs ..."

The supercommittee Akaka referred to is a bipartisan committee of 12 lawmakers created this summer to find a plan to reduce government borrowing by least $1.2 trillion over the next decade. The committee is stalled in part over whether to raise new revenue.

A House Energy and Commerce subcommittee planned to hold its second hearing Friday on Internet gambling. There is bipartisan support for at least some Internet gambling. Rep. Barney Frank, D-Mass., has pushed for its legalization for years.

While there is no Internet gambling bill before the Senate committee, there is legislation in the House, though it already has opposition from tribal leaders.

Ernie Stevens, chairman of the National Indian Gaming Commission, said tribes have united behind some core principles, including no taxation of tribal revenues. Current Internet gambling proposals violate those principles, "and we oppose their passage," Stevens said.

One such measure, sponsored by Rep. Joe Barton, R-Texas, would legalize online poker. Spokesman Sean Brown said the legislation would allow tribes, like states, to opt out of allowing Internet gambling if they chose.

Some at Thursday's hearing expressed concern about proposals to allow the Department of Commerce to regulate operators of Internet games. Tribal leaders are calling for the National Indian Gaming Commission to continue to regulate their businesses.

The commission reported that last year, 236 tribes operated 422 gambling facilities in 28 states, generating $27 billion in revenue, evidence that the commission has the expertise to regulate tribal Internet gambling and won't have to start from scratch, learning laws particular to tribes as well as cultural considerations, witnesses at the hearing said.

Not all tribes support Internet gambling. Some see it as a potential competitor to their established brick-and-mortar casinos.

"The Tulalip tribe sees the legalization of Internet gambling as a direct threat to the economic growth in Indian Country," said Glen Gobin, vice chairman of the Tulalip Tribes of Tulalip, West Virginia.

"Do you think tribes are going to be able to compete with someone like Harrah's on Internet gaming?" Gobin asked.

Many U.S gaming companies including land based casinos are now starting to adopt online gaming into their business model, with MGM Resorts International recently teaming up with Bwin.Party Digital Entertainment (which owns and operates PartyCasino.com PartyPoker.com and World Poker Tour).

It's widely believed that the U.S will see legal online gambling up and running soon, but then again, that's been the world for years, so for much of the gaming industry, they will believe it when they see it.

In the meantime entities such as Global Gaming Directory, Casino News Media and a host of entertainment and gaming website portals should consider to do a healthy trade.

Media Man Games
Posted by Global Gaming Directory at 11:41 AM