Casino Executive Based In Las Vegas Not A Fan Of Online Gambling; Competitor Is Pro Online Casino - Poker, by Greg Tingle - 8th December 2011 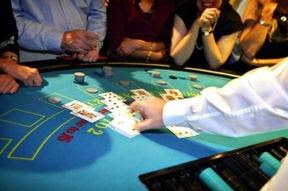 You may not of heard of this cashed up gambling and property tycoon, but he's happy to share his thoughts on online gambling, especially when it comes to his U.S turf. No, it's not Donald Trump, Steve Wynn or even Richard Branson. Meet Sheldon Adelson.

Adelson is by all accounts the world's wealthiest casino executive and top dog of the industry's largest publicly traded company, says he is against online gambling because he doesn't believe available technology is good enough at the moment to prevent young people from making wagers on the Internet, a spokesman said Wednesday.

Adelson's sharing his personal viewpoint is just that - personal - rather than a formal stance taken by his firm that owns and operates casino-resorts in Las Vegas, Macau, Singapore and Bethlehem, Pa., Las Vegas Sands spokesman Ron Reese said.

Reese advised Adelson hasn't spoken with the company's board about his position, nor has the board decided an online gambling plan.

"It's a personal observation of concerns about technology," Reese said.

The opposition comes at a time when numerous other operators, including Caesars Entertainment Corp and MGM Resorts International, have backed an industry push to legalize online poker and let established land based casinos offer the service in the U.S. MGM Resorts International even went as far as to ink a deal with world's leading igaming firm Bwin.Party Digital Entertainment.

Poker, which involves a combination of skill and luck (as ruled in legal cases), now huge on the internet (see World Poker Tour and World Series of Poker), has been illegal online for real money since a 2006 law was brought in and ruled against igaming operators from providing games by preventing financial institutions from processing funds for the majority of online gaming.

The land based casino sector has swayed over the years from anti online gambling to largely pro online gambling, of course, with them getting some of the financial rewards. The bricks and mortar casinos have seen some of their punters go online to bet, with the traditional casinos missing out of the action. It's unclear how much revenue traditional casinos are down, thanks to online casinos, but a Media Man spokesperson said "Online casinos have cost land based casinos in the U.S and elsewhere, many millions, if not billions of dollars. Vegas and Atlantic City land based casinos are down. People still like to bet and the internet serves them well, be it for poker, casino, sports betting or slots".

The American Gaming Association, the leading U.S gaming lobby group, has switched from a neutral stance to pro actively pursuing federal legislation that would allow for legalization and regulation of online poker. Online poker could be a lead in to online casino games.

Frank Fahrenkopf, CEO of the American Gaming Association, said he met with Adelson on Monday and Adelson advised him he'll oppose legislation to legalize online poker on U.S soil.

"Sheldon has long had concerns about this issue, and it is perfectly within his right to make this decision," Fahrenkopf said in a statement. "However, the AGA, at the direction of our board of directors, will continue to support federal legislation to allow states to license and regulate online poker."

The online gambling industry is not seeking to legalize other games like blackjack, craps and slots online. Those games are a different kind of animal because players wager against the house. In poker, players wager against each other and operators take a fee from each pot in exchange for hosting the game. Of course if online poker becomes totally legal in the U.S, this may lead to online casino games also becoming totally legal in the states.

The matter of online poker has heated up among players and casino executives in the past 12 months. U.S. Senate Majority Leader last year pitched a blueprint to legalize poker that fell short without legislation being introduced. Last April, three of the largest online gaming operators who offered online poker in defiance of the law had their websites seized and executives indicted by the U.S. Justice Department, accused of financial crimes including fraud and money laundering for disguising payments for gambling funds as transactions for things like flowers and golf balls. The day it all went down, including sites going down et al, is known in igaming circles as 'Black Friday'.

Then, with the "big three" poker websites closed out of the U.S, the American Casino Association became more active in urging lawmakers to close loopholes and draw up better regulations.

One thing is for certain. Online poker and online casino players are not going to want to stop playing the games they love. Players are mainly sticking to brands they know and trust with some of the leading contenders being PartyPoker.com PartyCasino.com PKR.com World Poker Tour and the World Series of Poker.

Australian casino mogul James Packer's Crown Casino has the 'Aussie Millions Poker Championship' coming up in Melbourne this January and providers such as PartyPoker.com are even offering qualifying poker matches, where players get to 'Win a seat to Aussie Millions'. Bwin.Party's World Poker Tour is also broadcast of American and Australian pay television, which online helps fuel the popularity of online gambling.

If you enjoy a punt, please bet with your head, not over it, and have fun.