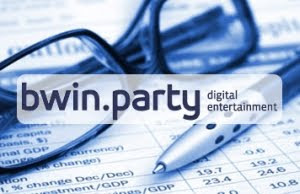 Total revenues for the twelve-month period grew similarly to €691.1 million when compared with 2010 despite the closure of its French casino and the 2010 FIFA World Cup ‘primarily due’ to its merger.

2011 pro forma earnings before interest, tax, depreciation and amortisation rose by three percent year-on-year to €199.3 million due to synergies ‘coming through more quickly than expected’ and ‘offsetting increased gaming duties from regulated markets’ while actual clean earnings from continuing operations improved by 79 percent when compared to 2010 to €168.3 million.

The firm declared that it had realised synergies of €23.3 million in 2011 including five million Euros related to discontinued operations and was ‘ahead of target’ with plans to deliver €40 million in savings this year and €65 million by 2013.

All of this saw bwin.party report an actual loss after tax from continuing operations of €414.7 million and a total deficit post tariff of €431 million although it described current trading as ‘robust’ with average gross daily revenues up two percent quarter-on-quarter to €2.93 million.
“We made excellent progress in 2011,” read a statement from Jim Ryan and Norbert Teufelberger, Co-Chief Executive Officers for Bwin.Party.

“The swift execution of a number of integration plans for our technology, people, products and brands has been rewarded with financial synergies coming through more quickly than expected, offsetting increased gaming duties payable as markets regulate. We remain on-track to deliver approximately €40 million of synergies this year and €65 million in 2013.

“We expect to gain competitive advantage this year from additional scale and improved flexibility that will flow from the integration and migration of our main products to a single technology platform. As integration projects are completed, we are channelling more resources into driving innovation across the business and through new channels including our proprietary mobile gaming platform. We are also extending our reach into new areas of digital entertainment such as social gaming where we see significant potential.

“The proposed regulatory changes in Europe, particularly those in Germany, which were announced shortly after completion of the merger last year and that had a significant adverse impact on our share price one week later, have resulted in an impairment of some of the goodwill acquired as part of the merger. Had the merger completed one week later, no such impairment would have been required. This is a non-cash charge and the business has continued to deliver an impressive operational and financial performance, generating strong cashflow.”

The full line-up is in and the groups have been set for this year’s edition of the PartyPoker.com Premier League V and with the Montesino in Vienna playing host this Wednesday, it’s going to be a busy week for poker in Austria.

The Premier League V – which will run alongside the World Poker Tour Vienna festivities this week – features a grand total of 14 professional poker players and two amateur qualifiers, all of whom will post the $125,000 to compete for a huge prize pool.

As you can see, there are no soft spots in the competition but only the top three points-earners from each eight-player group will advance automatically, with the remaining two seats in the final being settled by a heads-up play-off by the fourth and fifth place finishers in both groups.

A winner will then be crowned in a straight-up shoot-out at the Premier League’s eight-handed final table, with a huge 1st place payout, the PartyPoker Premier League title and bragging rights across the poker world awaiting the winner as well as a seat in this year’s WPT World Championship.

Calling all lovers of the casino classics. If you’re fanatical about roulette, mad about blackjack or simply can’t get enough of craps, baccarat or video poker, Table Games Club is the place for you.

This club is dedicated to rewarding players like you, running special invite-only promotions to give our most loyal players even more reason to enjoy their favourite game!

Table Games Club’s offers change every month so have a look below for what’s up for grabs right now. Remember, though, these promotions are invite-only:

Win an amazing prize when you play your favourite table game! Collect as many points as you can and a top prize will fly into your account. Regular players can win up to $1,000 cash while VIPs can walk away with as much as $5,000 cash! For full details about the prizes you can win log in to your account and check the Table Games Club promotional page.

Play your favourite table game as usual and watch double points pile into your account. It’s that simple! You can spend your points on iPad 2s, luxury holidays and more in the Points Store.

IMPORTANT: This promotion is invite-only. To see if you can take part, check your account.

Just earn points and rank on the leaderboard by playing our new game: Going Nuts.

Become the star of the show and experience all the thrills of a new game – register now.