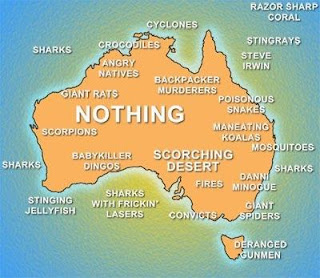 WSOP Executive Director Ty Stewart said, “Our goal is to establish the worldwide grand slam of poker and use our platform to elevate the game through a series of major championships,”
“With WSOP Las Vegas growing annually and WSOP Europe poised for long-term success after five years, the time is right to turn our attention to the dynamic poker scene in Asia and Australia. Given Crown’s success with the ‘Aussie Millions Poker Championship’, we couldn’t ask for a better partner than Crown to establish the Asia-Pacific’s definitive poker festival.”

Crown Casino in Melbourne already is the home to the world's largest tournament series outside of the World Series Of Poker in Las Vegas with the Aussie Millions series each January attracting the worlds premier players. Crown Melbourne's CEO Greg Hawkins said, “This exciting partnership brings together two industry leaders, and two strong brands, to create a premier poker event in this region”.

“Our agreement firmly aligns with our objective of attracting the very best local and international players, all vying for a coveted WSOP bracelet. We are incredibly proud of what we have achieved with the Aussie Millions and look forward to featuring WSOP Asia Pacific on our poker calendar in April 2013.”

The WSOP brand is one of the worlds most iconic and every poker player in the world dreams of one day being the proud owner of coveted WSOP Bracelet. The WSOP brand is 42-years old and in 2007 it expanded beyond the USA with the launch of the WSOP Europe in London (2007-2010) and subsequently into France (2011). The WSOP APAC is set to tap into the tremendous growth of peer-2-peer gaming in this region.

As part of the agreement with the WSOP, the WSOP APAC events are expected to be televised globally across ESPN. Fox Sports, as seen on Foxtel, already broadcasts games from competitor, World Poker Tour (owned by Bwin.Party Digital Entertainment).

One man who is no stranger to ESPN and the WSOP is Australian local sporting hero, Joe Hachem. Way back in 2005 Joe won the most prestigious poker event in the world, the World Series Of Poker Main Event.

“It’s thrilling to think the World Series of Poker is coming to Australian soil,” said Joe Hachem. “I know first-hand what a life-changing moment winning the WSOP gold bracelet was and how it served as a catalyst for the growth of poker in Australia and Asia. It will be a dream come true to host a worldwide poker event such as this at Crown. I can’t wait.”

The full WSOP APAC schedule is set to be released later this year.


In other gambling and gaming news...

A Gold Coast businessman who turned over almost $1.5 billion in 14 months at Melbourne's Crown Casino has lost his bid to recover more than $20 million he lost there.

Mr Kakavas claimed Crown knew he suffered from pathological gambling and lured him back to the casino with the use of a private jet and cash and entertainment gifts.

But on Monday the Court of Appeal upheld an earlier Supreme Court decision that the casino did not take advantage of his gambling habits.

Mr Kakavas would gamble six-figure sums on hands of baccarat, which take a matter of seconds to play.

But Justice Bongiorno said the fact Mr Kakavas was able to negotiate favourable terms for himself at Crown demonstrated his ability to make decisions in his best interest.

"When gambling at Crown he had negotiated the terms on which he gambled and had threatened to and in fact had withheld his custom from Crown when he did not get what he wanted," Justice Bongiorno said.

"These are not the characteristics of someone unable to conserve his own interests."

Justice Bongiorno found the allowances Crown offered to Mr Kakavas were not out of step with those typically offered to high-rolling gamblers.

He also rejected a claim by Mr Kakavas that he had lost $30 million in one losing streak at Crown in 2006.

He said on one occasion in March 2006 Mr Kakavas returned home to the Gold Coast with $14 million in winnings.

"That he lost overall is not in any way surprising," he said.

"The longer a person plays, the more certain it is that he will ultimately lose. Were it otherwise casinos would fail."


The Star entertains with musical: An Officer and a Gentleman...

Australian casinos and entertainment do mix!

Last week An Officer and a Gentleman enjoyed its Sydney, Australia premiere at The Star's Lyric Theatre at Ultimo.

The red carpet premiere was well attended by media and celebrities, and its understood the production is likely to match if not well exceed the substantial hype.

Frost said the $6 million budget for An Officer And A Gentleman was about half what it might have been if it was developed in New York or London.

"Things are just easier and cheaper here, and in New York and London, you're so far out of town (doing the set building) trying to get it right and get it fixed," he said.

Frost said the process of developing new musicals, as opposed to simply remounting a successful overseas version, would help build production skills for the creation of new musicals in the future.

"What this is doing is establishing people like (An Officer And A Gentleman) director Simon Phillips, his choreographer and his assistants, to do new stuff they're not used to doing, because they are used to doing stuff that's already been done and what we are trying to do is to broaden that experience so a lot more directors and a lot more writers get that opportunity," Frost added.

Later next year and early 2014 Frost expects to mount world premieres of Dream Lover: The Bobby Darin Show and Red Dog. His production of Doctor Zhivago is approaching the end of a six month-long run in Seoul and will then be mounted in New York.

The Media Man and Music News Australia agencies were overheard agreeing "Another world class production put on by The Star and Lyric Theatre".

The Star's history of celebrities...

Hulk Hogan and Ric Flair (ok, before it was rebranded The Star - back in Star City Casino days), Al Pacino, Bob Geldof, Russell Crowe, Paris Hilton, Afrojack, will.i.am, Snoop Dogg and so the list goes on.

The Sydney Lyric Theatre is also going to be host to the famous musical 'Legally Blonde'.

Legally Blonde The Musical is the hilarious story of college sweetheart and homecoming queen, Elle Woods - a girl who doesn't take no for an answer. When her boyfriend dumps her for someone "serious", Elle puts down the credit card, hits the books and heads for Harvard Law School! Along the way, she proves that being true to yourself never goes out of style.

Legally Blonde The Musical - Winner of Best Musical 2011 Olivier Awards and a smash hit running into its third year on the West End was created by a world-class creative team led by Tony Award-winning director Jerry Mitchell.

The box office success of Marvel Entertainment comic book based movie 'The Avengers', is boosting the popularity of Marvel slot games across internet networks, the Media Man agency has reported.

A Media Man spokesperson said "Marvel themed games have been popular ever since they were first released, but the success of Marvel Entertainment movies such as Thor, Captain America and The Avengers has at least doubled their popularity according to our data. A new rumoured Hulk movie or TV series, and the upcoming release of The Wolverine movie, staring Australia's own Hugh Jackman, will only further spike online game popularity."

Bwin.Party Digital Entertainment has licensed the Marvel deal, and the games can be found at Hitwise top ten website portals such as Media Man, which has a b2b in place with Bwin.Party and PartyCasino.

More Marvel Entertainment games are in the works and the Media Man agency will be providing detailed reviews on the games as more information comes to hand.

Gamers and gamblers, as always - bet with your head, not over it, and have fun.