Genting sells half its shares in Echo Entertainment - 20th September 2012 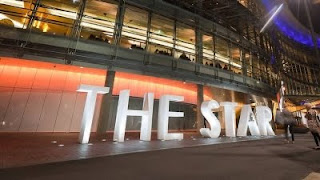 The battle for control of Echo Entertainment Group, the operator of Sydney’s Star casino, has taken a new twist, with Malaysia’s Genting selling down half of its 10 per cent stake.

Genting, which operates casinos in south-east Asia, told the stock exchange last night that it had entered into an agreement with Citigroup Global Markets Australia to dispose of a 4.8 per cent stake in Echo at $3.99 a share, a 2.7 per cent discount to yesterday’s closing price of $4.10. That values the stake at around $158 million.

"This comes after a review by the company to rationalise its investments portfolio," Genting said in a statement. "The disposal is not expected to have any material effect on earnings per share for the current financial year," Shares in Genting rose 2.5 per cent in Singapore trade.

Genting and Crown have been circling Echo for its Sydney Casino, which attracts scores of Asian high rollers and last night’s move may allow Crown to close in on what is Sydney’s only casino operator. Crown, which owns a 10 per cent share in Echo, has sought regulatory approval to boost that holding to 25 per cent. An exit by Genting opens the door for Crown to increase its stake.

"The market, looking at the share price, welcomes this [move]. People didn’t understand what the strategy could be in Australia," said Lucius Chong, an analyst at CIMB Research. "This removes a lot of uncertainty because Genting is good at building casinos, looking at emerging growth, whereas Australia is a mature market," Mr Chong said.

Crown, which operates casinos in Melbourne and Perth, has amassed a 10 per cent stake in Echo, and has sought regulatory approval to go to 25 per cent.

Echo also operates casinos in Brisbane, the Gold Coast and Townsville in Queensland. Echo in August reported a net profit for the 2011/12 financial year of $42.2 million, well down on the previous year’s $226 million. Echo recently spent $870 million redeveloping its main asset, The Star, including a $100 million payment to the New South Wales government for exclusivity.

Crown has been lobbying the NSW government to build another casino in Sydney at the Barangaroo redevelopment near the CBD, just across the harbour from The Star.

Malaysian-based parent Genting Group built its stake through its subsidiaries in Singapore and Hong Kong in June, sparking talk of a potential bidding war. Genting had also sought regulatory approval to increase its holding.

It was not clear whether Genting has withdrawn the application. A spokesman for the regulator was not immediately available to comment on the matter.