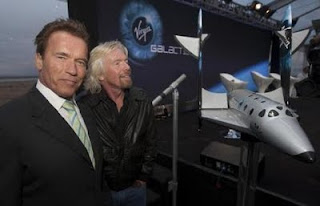 As many game players will know Virgin Games is extremely popular in the UK. Unfortunately at this time players in Australia, New Zealand, Canada, the United States, Africa and France are not able to play Virgin games for money. Have a look at the Global Gaming Directory which Media Man Int has put together to assist in your selection.

Virgin Games has been getting many new slot games in the past months, with most going into both Virgin Casino and Virgin Bingo.

A number of new slot machines have been launched by Virgin recently so check them out punters.

Shaaark! SuperBet: Sun, sea and sand, oh and look out for the SHAAARK! Watch as it chomps symbols into WILDS. This is one shark you won't want to miss. THE GAME: The game is a five-reel slot machine with a DOUBLE BONUS FEATURE to multiply your winnings. During the regular play, the goal is to achieve a winning combination of symbols on any of the selectable lines. Payouts depend on the bet per line played and the winning combination of symbols achieved. The theoretical average return to player (RTP) is 95.36% with Super Bet enabled or 93.49% (with Super Bet disabled). Malfunction voids all pays and plays. Play 1 to 25 lines. All symbols pay Left to Right except scattered FIN which pays any.

Alice's Wonderland is a 5-reel 20-line slot game. The game features a Progressive Jackpot in the Mad Hatter's Tea Party bonus round, an in-reel Rabbit Hole bonus, as well as freespins with extra wild symbols. It is also possible to win all 3 bonus features in one spin! Which makes this ASH Gaming game very popular with both new and expert slot players.

CryptoLogic’s Batman Slot: The Batman Slot is one of the new breed of online slots using high end technology with bonus rounds more like an actual arcade game than a traditional slot machine game. The new slot even features a bonus bet which gives the player a chance to scoop a larger jackpot.

As with most new online slots released at Virgin Bingo and indeed Virgin Casino there is also a matching new promotion. Starting today and running until 23:59 Monday 2nd May players can earn additional cash back just by playing a range of slots which of course includes the new Batman slots. The amount of cash back you receive depends on the amount you actually wager but amazingly you can earn up to £500. Virgin Games have stated that all bonuses for the promotion will be paid into players accounts on Tuesday 3rd.

Necker Island & Marrakesh (90-ball bingo): Play traditional 90-ball bingo in a room that's as luxurious as Richard's very own tropical paradise, Necker Island, or rock the Kasbah, by playing in the bustling and colourful room, Marrakesh.

Galactic (90-ball speed bingo): It’s Bingo, Jim, but not as we know it! Play bingo at warp-speed by joining the super-fast Virgin Galactic room, where games are blasting off every two minutes.
Miami (75-ball bingo) : Grab your sunglasses and hit the beach with some 75-ball bingo action in the sunny shores of Miami.

In the run up to Friday 13th, online gaming company Virgin Games, has analysed a 50,000 player sample of its database to find the luckiest and unluckiest star signs when it comes to winning money.

The data showed that Aquarius, closely followed by Capricorn are the luckiest star signs, while Libra is the unluckiest. Players were defined as 'lucky' by having a winning session of more than GBP1,000.

Expert Astrologer, Russell Grant, commented on the findings: "All signs have the potential for being lucky and as the planets are constantly moving, people will move in and out of lucky phases.

That's why you should never give up if your sign falls at the bottom of the lucky/unlucky chart. For some months now Saturn has been traveling retrograde in Libra but the good news is, as from mid-June, Saturn turns direct and Librans could well start to see more good fortune in their life.
"Also in June, the lucky planet Jupiter will be entering Taurus. Taurus already seems to have had more than its fair share of luck lately and that's probably because this careful sign will have cleverly worked out gambling tactics that help them improve their gambling odds. It is interesting to see that all the more cautious Earth signs: Capricorn, Taurus and Virgo are in the top five lucky signs.

"What can the more impulsive Fire signs Leo, Aries and Sagittarius learn from this? Maybe to curb their impulsiveness, work out the odds, take calculated risks and pause and watch for the next good opportunity. However, don't hesitate for too long! Because Libra, the only Air sign at the bottom of the list has a tendency to vacillate and as the old saying goes: he who hesitates is lost. So as Librans pull themselves out of a more restrictive Saturn phase, they should take a leaf out of their Aquarian friends' books and let their motto be: He who dares, wins!"

Simon Burridge, CEO of Virgin Games, commented: "As Friday 13th hits us, we thought it would be a good idea to look at the fortune of our customers and to try and understand whether certain star signs are luckier than others. Of course, this is just a bit of fun, but I may steer clear from letting a Libran deal with my money on this inauspicious day!"

From luckiest to unluckiest, the findings of Virgin Games' data was as follows:

Russell Grant will be hosting a live web chat with Virgin Bingo customers on Friday 13th May from 8pm-9pm in the Hidden Treasure Room. Russell will also be giving away five signed copies of his latest book, Russell Grant's Sun Sign Book. To join Russell go to Virgin Games Founded in 2004.

Virgin Games has over 1,000,000 players and over 250 games on its site. Through the introduction of a custom built Virgin Games platform in 2008, Virgin Games seeks to provide its players with the widest possible choice of casino games. A growing selection of games can be found at Virgin Games from a number of producers including Microgaming, IGT, Cryptologic, Freemantle, Ash Gaming and Mazooma Interactive Games.

Virgin Games launched in June 2004 and has quickly established itself as one of the leading gaming websites in the UK. Virgin Games comprises three distinct offerings:

Virgin Online Poker part of the Boss Media network, offers a huge array of games and content for beginners through to experienced pros - as well as the most generous loyalty scheme in the industry.

Virgin Bingo, part of the Virtue Fusion network, offers cash prizes worth thousands of pounds in the progressive jackpots, as well as Virgin prize bingo and a range of unique Virgin Games bingo games.

Virgin Games has won a number of awards and commendations over the years including the prestigious Media Man 'Online Casino Of The Month' and a range of EGR awards. As always, be with your head, not over it, and have fun.