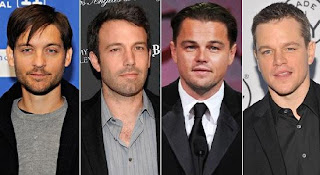 Tobey Maguire (aka Peter Parker from Spider-Man) has reached an $80,000 settlement with U.S prosecutors over his involvement (playing) in high stakes Hollywood Poker games.

Earlier this year, the popular actor was one of 22 punters sued for winning money in allegedly illegal poker games from a Beverly Hills hedge fund top brass who was convicted of running a Ponzi Scheme. This past Wednesday, the parties filed court papers in bankruptcy court revealing that Maguire has agreed to part with $80,000 to be released from ongoing litigation meant to recoup money for those who got duped by the fraud.

Maguire was one of many Hollywood insiders who participated in high-stakes poker games at lush Beverly Hills hotels with Brad Ruderman, the CEO of Ruderman Capital Partners.

His good mate and poker playing pal, Leonardo DiCaprio, is understood to be pleased that he wasn't fined, and is being discrete about his gambling (and women), as much as the press might try to juice things up.

Ruderman was later convicted of wire fraud and investment fraud and is now locked up in a Texas jail as the trustee of Ruderman Capital attempts to locate as much as possible of the $25 million allegedly lost in these Hollywood poker games. Among the other celeb identified in a lawsuit launched last June were The Notebook director Nick Cassavetes, Welcome Back Kotter star Gabe Kaplan, and record label owner Cody Leibel. Other stars including Leonardo DiCaprio and Ben Affleck were also reportedly involved in the poker games, with $50,000 buy-ins (but they were not sued).

Maguire allegedly pocketed more than $300,000 in poker, but in the lawsuit, the bankruptcy judge alleged the poker was unlicensed and that the winnings were ill-gotten gains from Ruderman's clients.

On Wednesday, in court filings, the trustee revealed a settlement with Maguire. Per the agreement, the star of Spider-Man paid $80,000 and represented to the best of his knowledge that he has not received any more monies than those poker winnings from Ruderman. Maguire also disavows any knowledge of the Ponzi scheme and agrees not to make any claim on the bankrupt estate.

The settlement will need to be approved by a judge. A hearing date of Dec. 21 has been put down to consider the motion for settlement.

According to the court paperwork, the parties entered into a settlement agreement to avoid the expense and risk of further litigation. In making the case that the settlement represents the best interests of the estate, Howard Ehrenberg, the Chapter 7 trustee for Ruderman Capital points out that the lawsuit raised "several complex issues of law and fact," including "whether Maguire provided value to the Debtor in relation to the poker games and whether certain of the transfers from Ruderman to Maguire constitute funds of the Debtor."

Maguire signed the settlement agreement himself on Nov. 18, and if approved by the judge, he will be released from ongoing case. Maguire was represented by Robert Barta at Rosoff Schiffres & Barta.

Hollywood poker players are understood to be laying low, until the case blows over, with some stars being advised to stay clear of poker for a while to help keep them away from potential problems.