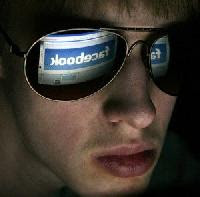 A massive loophole in Australian - federal gambling legislation is allowing an online casino to receive funds from Facebook punters but not pay out winnings in cold hard cash, leaving punters in the lurch, out of moolah, and angry - and there's not much they can do about it at present.

Only recently have media companies such as Media Man and Fairfax Media been able to warn punters of the dangers of betting - especially on some Facebook affiliated websites.

Media and gaming commentators are advising gamblers to only bet with websites they can trust, and to avoid Facebook gambling websites until loopholes have been fixed up. Big name gambling brands which are considered ethical and trustworthy by most media and igaming experts include Bwin.Party Digital Entertainment, Virgin Games (not available in Australia), Betfair, Centrebet and PKR.

The DoubleDown casino on Facebook is one brand in question. They "give" players "free" chips - but once they are used up, punters are required to purchase credits to continue to play online casino games such as poker, blackjack, slots and roulette (not Russian Roulette) - even more dangerous then the website in question.

As they say - always read the fine print! The terms and conditions explicitly say "regardless of the terminology used, Virtual Currency and Virtual Goods may never be redeemed for "real world" money, goods or other items of monetary value from the Site or any other party."

A wave of complaints has hit independent senator Nick "Mr X" (satire) Xenophon. A Facebook page condemning the site and warning others has also been established by anger players. A constituent contacted Senator Xenophon after he attempted to withdraw the chips, made a complaint, but was subsequently blocked from the site by administrators. So much for ethics and consumer confidence.

Senator Xenophon wrote to the Australian Communications and Media Authority complaining that the US-based website was misleading and was in breach of online gaming laws.

ACMA told Senator Xenophon the website's content is not prohibited because it was not possible to win 'money or anything else of value' from playing the games provided, so it does not in fact constitute a gambling website.

The Senator yesterday wrote to Communications Minister Stephen Conroy requesting an urgent meeting to discuss "a loophole in the Interactive Gambling Act 2001 which has allowed hundreds of Australians to lose money".

"People are paying real money to gamble on these sites," Senator Xenophon advised. "But because these gamblers are forbidden by the sites from converting that virtual money back into real money, the sites aren't technically breaking any laws. This needs to change."

A review of igaming - online gambling laws commenced earlier this year and Senator Conroy's spokesman advised online casino games were prohibited and could not be provided to Australians.

"Consumers participating in games purporting to be such things should think carefully as they are not regulated by Australian law," he said.

A spokesman for DoubleDown Casino said it took great pride in having established the world's largest virtual casino game on Facebook.

"We couldn't have done that without the millions of customers who return every day to enjoy free chips and our entertaining game. Casual gamers can play every day for free and it is entirely up to the user to decide if they wish to purchase virtual chips to play longer," he said.

"There are hundreds if not thousands of games on Facebook which accept virtual currency in the form of Facebook credits and we're proud to be one of Facebook's top 12 game partners."

Established gaming companies such as Bwin.Party Digital Entertainment, PKR, Virgin Games, Betfair and Centrebet offer both play for free and play for money options, and have not received complaints like the ones directed towards DoubleDown.

Those who enjoy a punt are advised to bet with their head, not over it, and to have fun. If gambling stops being fun, its a strong sign to stop playing and seek help.