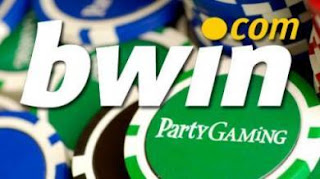 The world’s largest listed online gambling operator, Bwin.Party Digital Entertainment, has released a pre-close trading update stating that its performance since the end of September has been ‘solid’ and ‘in-line with management’s expectations’.

Gibraltar-based Bwin.Party was born in late-March following the union of online betting and gaming provider Bwin Interactive Entertainment with PartyGaming and the operator revealed that it expects continuing clean earnings before interest, tax, depreciation and amortisation for the full year to be between 22 percent and 24 percent.

In addition, Bwin.Party declared that its integration ‘remains on-track’ and is expected to deliver around €40 million in annualised synergies next year before producing approximately €65 million in 2013 with the company already repurchasing 14 million shares at an average price of £1.26 each.

Bwin.Party also announced that the sale of its OnGame Network Limited business-to-business subsidiary is at an ‘advanced stage’ but is unlikely to be completed before the end of the year.
However, possibly the most interesting news from Bwin.Party was the revelation that it is anticipating approvals for its Spanish online sports, casino, poker and bingo products to be issued by authorities in the country as part of the ‘first wave of licences’ ahead of the market opening next year.

“The group’s licence applications for Spain were submitted on November 25 and it is expected that approvals for our sports, casino, poker and bingo products will be issued in the first wave of licences to be issued ahead of the market opening in 2012,” read a statement from Bwin.Party.

In Denmark, the firm revealed that it lodged licence applications on October 17 and also expects to be among the first group of operators to become authorised to offer online poker, casino and sports from the beginning of January.

“In Germany, the next meeting of the Minister Presidents is due to take place on December 15,” read the statement from Bwin.Party.

“Schleswig-Holstein, Germany’s most northern land, has stated its intention to press ahead with its law to regulate and license all forms of online gaming with a 20 percent tax on gross gaming revenue. Schleswig Holstein’s law has already been approved by the European Commission.

“While we hope that the other 15 Lander will revise their proposal, they may choose to press ahead with it in its current form, one that we believe fails to comply with European Union law or meet the requirements set out by the Court of Justice of the European Union. While we welcome the move to regulate the online gaming market in Germany, this must be in a consistent and coherent manner in line with European Union law that also enables licensed operators to compete effectively with black market operators. Any other approach, if sustained, will create a commercially unviable market and result in consumers being driven outside the regulated framework.

“In the United States, there remain a number of initiatives seeking to regulate Internet poker at both a Federal and a state level. Which route will reach the statute book first and when remains unclear but we remain optimistic that regulation will take a step forward in 2012. Either way, through our agreements with MGM and Boyd, the group is well-positioned to take advantage of any such opportunity.”

Bwin.Party Digital Entertainment expects to be in the mix of the first group of firms who are issued with a licence for the Spanish market ahead of it opening next year.

In its pre-close trading update yesterday, the group stated that its licence applications for Spain were submitted on November 25 and it is expected that approvals for its sports, casino, poker and bingo products will be issued ahead of the market opening in 2012.

Bwin.Party also expects to be among the first group of operators to become licensed to offer online poker, casino and sports in Denmark at the beginning of January after its licence applications were lodged on October 17.

In Germany, the next meeting of the Minister Presidents is due to take place tomorrow and Bwin.Party hopes that the other 15 German states will revise their proposal in a consistent and coherent manner in line with European Union law, which also enables licensed operators to compete effectively with black market operators.

The group remains optimistic that US regulation will take a step forward in 2012. Via its agreements with MGM and Boyd, Bwin.Party believes it is well positioned to pounce on any such opportunity that may present.

The sale process of Ongame's B2B business is at an advanced stage, but although it has attracted a number of interested parties, the sale is unlikely to be finalised before the end of the year.

Bwin.Party is likely to retain its world leading position for the foreseeable future.