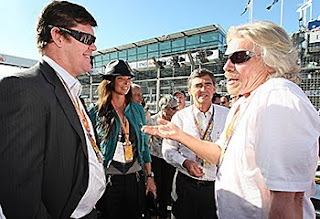 The latest advert is part of a £500,000 marketing campaign to run in the first quarter of 2012. It is a new concept for Virgin Bingo and is a departure from its previous animated advertisements. The new ad takes on a Willy Wonka meets Virgin theme. Staged in an imaginary factory where Virgin Bingo is made, a woman is taken on a backstage tour of the fantastical premises where Oompa-Loompas have been replaced by happy, dancing Virgin staff. The new commercial also introduces Virgin Bingo’s new welcome bonus: “Deposit £10 and play with £35”, as well as new exclusive Virgin Group prizes.

The campaign focuses primarily on women aged between 25 and 54 - the core target market for online bingo - with day time scheduling on channels such as Five, a range of Sky UK and ITV digital channels.

The 30 second advert was produced by ABF Pictures with Manning Gottlieb OMD acting as media planners and buyers. The advert is scheduled to run for multiple campaigns throughout the year across both terrestrial and freeview channels.

Simon Burridge, CEO of Virgin Games, commented: “This new advert has a flavour of Willy Wonka for adults about it. It has lots of energy, excitement and fun – just what consumers have come to expect from a Virgin advert.

“We first advertised Virgin Bingo on TV in 2010 and have witnessed fantastic customer acquisition rates as a result. We’ve found that TV advertising is a natural fit for bingo. Consumer trust and a sense of security and familiarity are very important attributes for a bingo brand. Being part of the Virgin brand helps to reassure customers that they are playing with a reputable company, while TV ads raise awareness of our existence and help to reinforce that trust and brand awareness.”

Matt Barraclough, Creative Director at ABF Pictures, commented: “We were thrilled to have the opportunity of working with the Virgin Games team. A brand like Virgin allows us to think bigger and look at online bingo in a different way. We wanted to stand out from traditional bingo commercials and do it in a very Virgin way.

“The commercial itself was produced over three months. The action was captured on green screen and the entire factory backdrop was then created using 3D modelling and animation. The inspiration for the advert was the core Virgin brand values: Fun, Value for Money, Innovation, Quality, Competitive Challenge and Brilliant Customer Service. We combined these values and used iconic Virgin styles to create an exciting and memorable advert.”

Founded in 2004, Virgin Games has over 1,000,000 players and over 295 games on its site. Through the introduction of a custom built Virgin Games platform in 2008, Virgin Games seeks to provide its players with the widest possible choice of casino games. 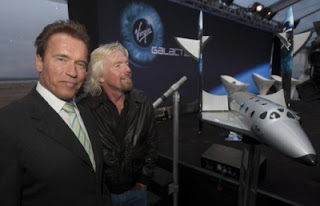