An Officer and a Gentleman The Musical To Play Sydney Lyric Theatre, The Star 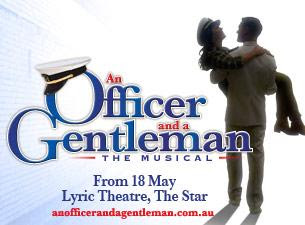 Today a rehearsal and performance of some of An Officer and a Gentleman took place at the ABC in Ultimo, just down the road from the Sydney Lyric Theatre, The Star, where the show will officially open to the general public on 18th May 2012.

An Officer and a Gentleman - The Musical official website