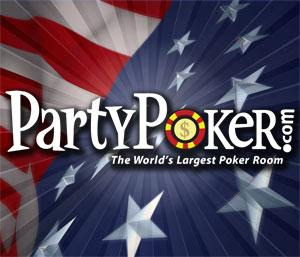 Online gambling firm bwin.party are set to return to the US poker market after almost six years away following their application for a gaming licence with the Nevada Gaming Control Board.

The Gibraltar-based company – which owns online poker room PartyPoker – have submitted their application to add their name to an ever-growing list of firms showing massive interest in taking advantage of the expected legalisation of online poker in the USA.

PartyGaming Left US Market in 2006

This merger came almost five years after PartyGaming took the decision to suspend all real-money games in the USA, before then exiting the market three days after the US government’s passing of the Unlawful Internet Gaming Enforcement Act (UIGEA) back on September 29, 2006.

In April of 2009, PartyGaming decided to reach a settlement with the US Department of Justice (DoJ) in which they agreed to pay a $105 million penalty over four years as part of a non-prosecution agreement for providing online gambling to American customers before the UIGEA was passed.

As an element of the agreement, PartyGaming put its name to a “statement of facts” in which it admitted that, before October of 2006, they had aimed to attract American citizens that resulted in the processing of transactions “contrary to certain US laws”.

This deal ensured that PartyGaming were not prosecuted and also made sure that they could return to the US market if – and when – new laws are put in place to regulate all internet gambling in the North American nation.

Bwin’s merger with PartyGaming last year also paved the way for the new company to partner with Nevada-based gaming firms Boyd Gaming and MGM Resorts International late last year in what was considered an “anticipatory” move ahead of the hoped-for legalisation of online gambling in the States.

The venture has resulted in bwin.party owning 65% of the company as they provide and maintain the software for both gaming businesses, while MGM – which also runs hotels – holds 25% and Boyd Gaming just 10%.

Boyd Gaming and MGM have previously applied for licences with the Nevada Gaming Control Board to operate as online poker providers.

PartyPoker had been the world’s biggest internet poker brand – if based on their number of players and cash game revenue – before pulling out of the US market, although it still holds the position as the second biggest behind PokerStars.

While Jim Ryan, bwin.party’s chief operating officer, recently told media that the joint venture is unlikely to see them regain the 50% share PartyPoker enjoyed before the introduction of the UIGEA, he does expect to see a “very meaningful liquidity pool” in what will be a highly competitive market.

Sale of Ongame to Shuffle Master

Sale of Ongame, a leading B2B online poker network, to Shuffle Master for up to €29.5 million on a cash-free and debt-free basis
Initial consideration of €19.5 million payable in cash on completion, subject to a post-completion working capital adjustment
Further consideration of up to €10.0 million payable in cash in the event that regulated online poker commences in the United States on either a federal or intra-state basis within five years from completion
Completion is subject to the normal conditions for a transaction of this type, including regulatory approvals and is expected to complete in the summer of 2012
bwin.party today announces that it has agreed to sell Ongame, its business-to-business (‘B2B’) online poker network, to Shuffle Master, Inc (‘Shuffle Master’) for a total cash consideration of up to €29.5 million. The agreement is consistent with the Group’s stated strategy and follows its announced intention to sell Ongame on 30 June 2011.

Contingent consideration will become payable by Shuffle Master in the event that online poker becomes regulated in the United States within five years of completion. The amount payable in these circumstances will depend upon the timing of the commencement of legalised online gaming in the US. The transaction is subject to the normal terms and conditions for a transaction of this type as well as certain regulatory approvals and is expected to complete during the summer of 2012 with a back-stop date of December 2012. The management of Ongame will transfer with the business and the net sale proceeds will be used for general corporate purposes.

Ongame Network Ltd (‘Ongame’) is one of the world’s largest B2B poker providers. The global network includes more than 25 of the e-gaming industry’s strongest brands and operators. Ongame also operates regional networks in France and Italy. The company offers both operators and their players a wide variety of cash games and tournaments to choose from. Further information about Ongame can be found at www.ongame.com.

“The sale of Ongame represents a further significant step in our process of integrating bwin and PartyGaming and moving to a single technology platform. We believe Shuffle Master will be an excellent home for Ongame to maximise its future potential.”

“Ongame is one of the world’s leading online poker networks with a state-of-the-art technology platform. It is an excellent strategic fit with Shuffle Master and our interactive gaming business. Following completion, we will focus on building the existing business in Europe as well as looking for growth opportunities in the rest of the world.”

bwin.party was advised by McQueen Limited.


Sale of Ongame to Shuffle Master...

About bwin.party
bwin.party digital entertainment plc (LSE: BPTY) is the world’s largest listed online gaming company. The Company was formed from the merger of bwin Interactive Entertainment AG and PartyGaming Plc on 31 March 2011. Incorporated, licensed and regulated in Gibraltar, the Group also has online poker licences in France and Italy. With offices in Europe, India, Israel and the US the Group generated total pro forma revenue of €814.0m (H1 2011: €398.0m) and pro forma Clean EBITDA of €193.2m in 2010 (H1 2011: €81.9m). bwin.party operates one of the world’s largest online poker networks, www.PartyPoker.com and also owns the World Poker Tour. The Group’s scale, proprietary poker software, online gaming platform and strong portfolio of games collectively differentiates its customer offer from those of its competitors. bwin.party is a constituent member of the FTSE4Good Index Series, which identifies companies that meet globally recognised corporate responsibility standards.